Like our work? Arrange a meeting with us at our office, We'll be happy to work with you!

We are always looking for new talents and we were expecting you. Time to apply, buddy!

The SOCOG design brief placed importance on the spirit of the Olympics, and familiar Australian symbols such as native flora and fauna, inventions like the Sarich engine and physical locations like Sydney Harbour and the Opera House. Using these symbols of Sydney, Blue Sky drew up a series of image boards to explore visual meanings and possible applications.The initial designs were sketched and modelled in 3D CAD to visualise their appearance and check ergonomics. The 3D surface files were rendered to a high resolution and finally photo-realistic flames were added.

After a first round submission, Blue Sky Design was chosen as one of four companies to progress to the final selection round. The concept had been partially accepted but the design was a concept, far from complete, and a package detailing all the necessary elements to take this idea into production was required. Taking the torch design into a three dimensional format required the expertise of model-makers. The final design for the symbolic torch was emailed to Box & Dice. Using numerically controlled (CNC) milling machines, Box & Dice then produced a high quality scale model, complete with realistic surface finishes.

All of Blue Sky’s efforts paid off when the symbolic torch we had designed was officially selected by SOCOG to carry the Olympic Flame to the 2000 Sydney Olympics. With the subtle curves inspired by the traditional boomerang, the colours of Sydney Harbour and the sails of the Sydney Opera House, the new Olympic torch helped to ignite Australia’s Olympic fever.

The new torch not only represented the spirit of the Olympics and the spirit of Sydney, but also the Australian spirit of unique innovation and creative collaboration. The final specifications included: • An outer layer arc of pressed aluminium component, powder coated in white and cubic printed with the Olympic logo) • A middle layer arc also of pressed aluminium and anodised in a fluoro blue. • An inner layer arc of high-grade stainless steel holding the copper feed lines, plastic switch mechanism and stainless steel burner components. • A gross weight of 900 grams (more than half a kilo under the maximum) 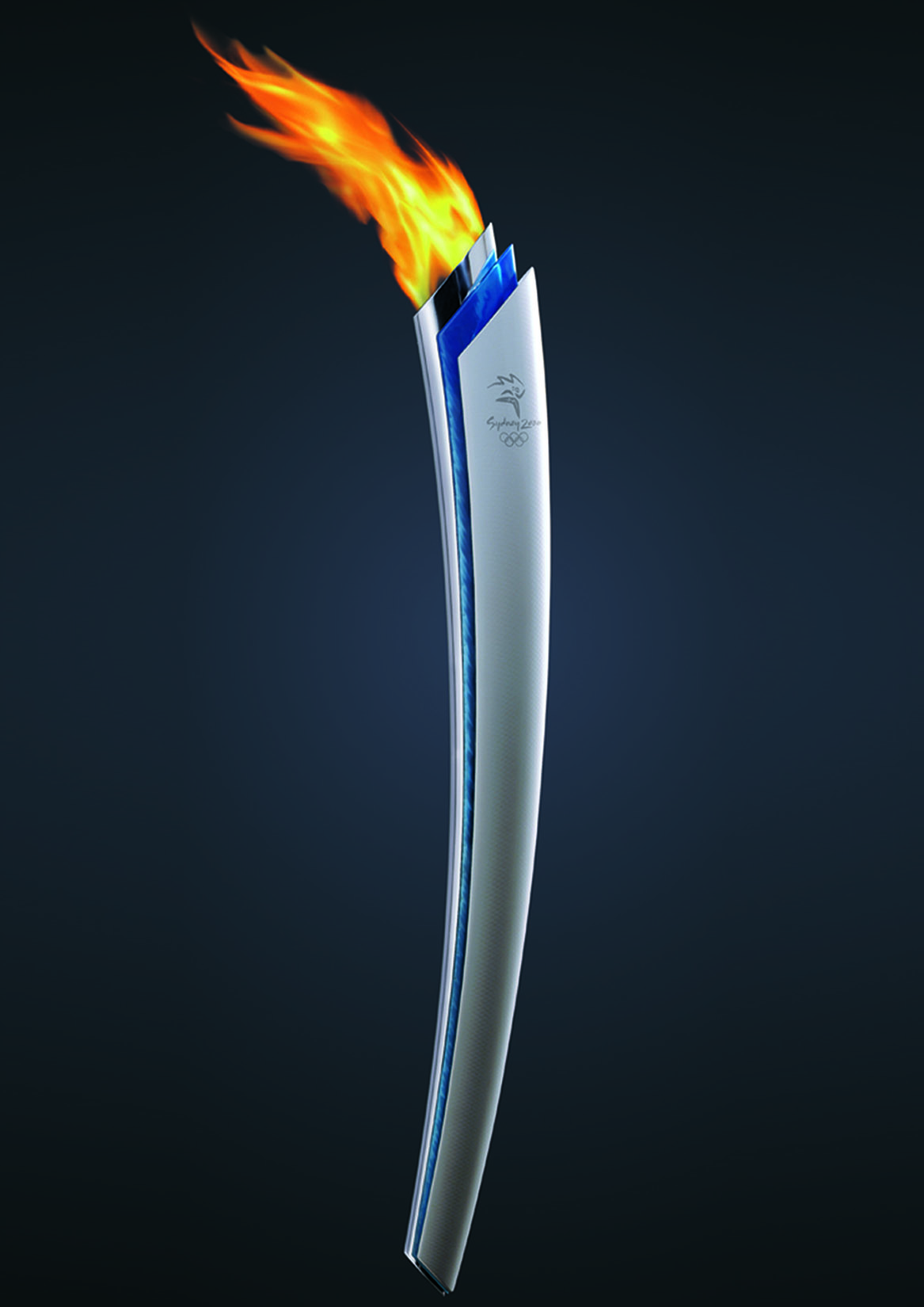 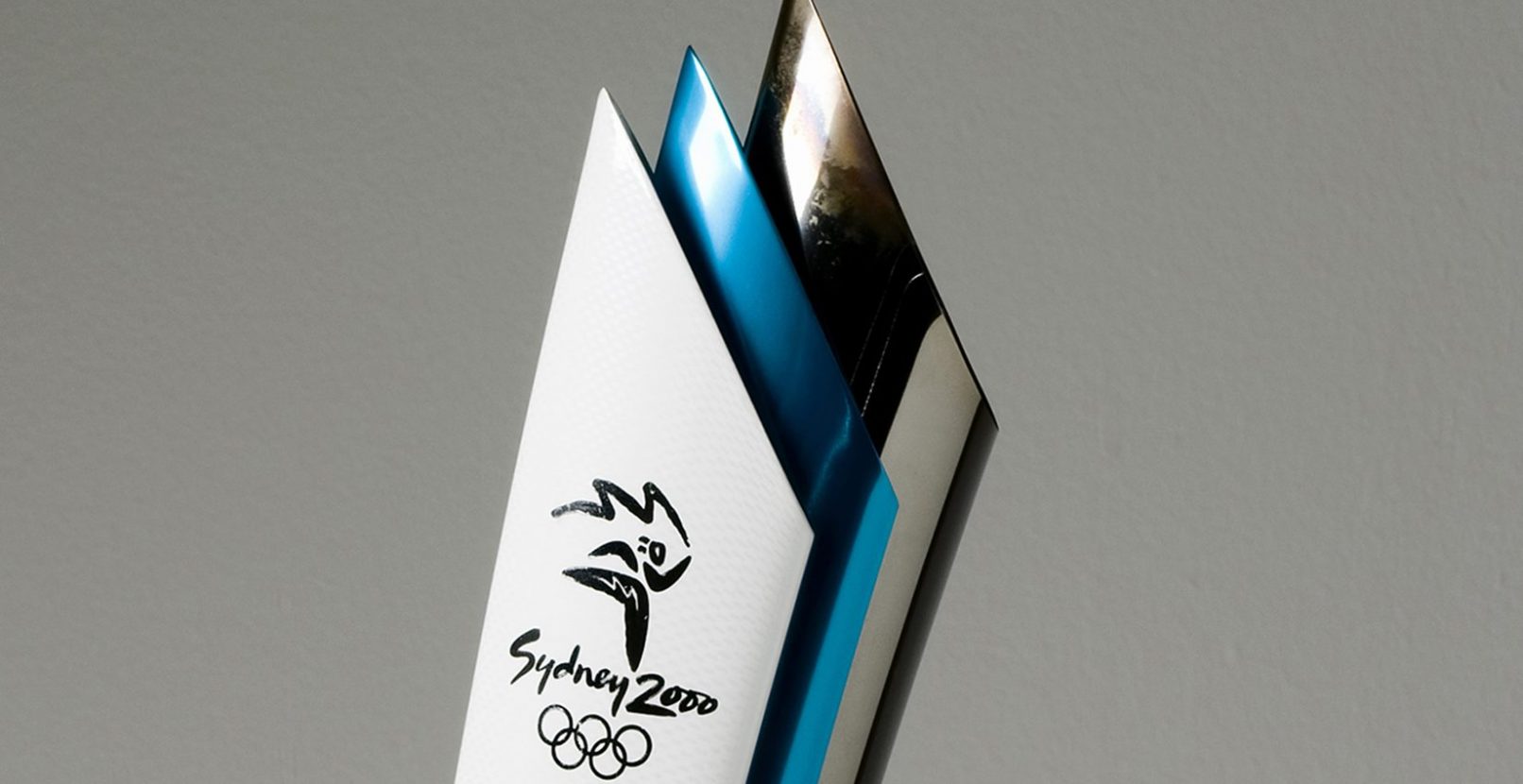